Skip to main content
We use cookies to deliver the best possible web experience. If you wish to know more about cookies and how to disable them, please take a look at our Cookie Policy.
731
Share on:
SIA financial results 2012 Download (PDF 94.55 KB)
Milan, 6 May 2013 – The Ordinary Shareholders’ Meeting of SIA, coming together under the chairmanship of Carlo Tresoldi, approved the Financial Statement at 31 December 2012.

Despite the conditions of uncertainty in the market and the persistence of the crisis, SIA achieved results higher than those of the previous financial year and the expectations of the 2011-2013 Industrial Plan.
In the second year of implementation of the Strategic Plan, the revenue and profit targets were surpassed and more than 90% of the overall cost reduction objectives have been achieved.

“Over the course of 2012, while continuing to operate in an unfavorable scenario both in Italy and internationally, we have managed to improve our results compared to 2011, accelerating the growth trend and surpassing the goals of the Three-year Plan in terms of revenues and profitability, also thanks to the new company organization into business divisions. A year of change in which consolidated turnover rose by 4.5% and EBITDA grew by over 20%; ROE reached 22%, preempting and exceeding the threshold of 16% set for 2013, in addition to achieving total savings of approximately 20%, equal to €60 million. All of this allowed us to distribute a dividend to shareholders once again after four years and to reduce the average cost per transaction charged to customers. We are especially proud of these results which contribute to the growth and success of SIA, an all-Italian model of excellence which demonstrates a significant potential to compete at international level”, commented Massimo Arrighetti, Chief Executive Officer of SIA.

The positioning of the SIA Group

Over the course of 2012, the SIA Group confirmed its positioning as leading operator of innovative technological solutions and services for Banks, Corporates, Public Administration Bodies, Central Institutions and Financial Intermediaries, in the areas of payment systems, e-money, network services and capital markets.

The development strategy at international level was further reinforced especially in the western and eastern European markets through a focus on payment card processing services.
The Group is also distinguished by its leading role in the SEPA area, where work continues at full speed for the progressive introduction andconsolidation of new payment instruments complying to pan-European standards , whi ch must come into force definitively by 1st February 2014.
In terms of innovation, SIA has designed and created , the first in Europe , a hub for payments with mobile phones equipped with NFC technology , which has allowed a number of banks and telephone operators to launch the experimental stage of the service. Other financial institutions and Telcos are also gradually joining this open infrastructure.
Last year, SIA also launched a new technology platform that permits merchants and financial institutions to gain access to MyBank, EBA Clearing‘s innovative payment method to make purchases online simply and in total security using one’s own home-banking application.

The geographic coverage of the services SIA Group provides to its customers currently extends across around 40 countries in Europe, the Middle East, Africa and South America.

Main economic-financial figures for the Parent and subsidiaries

The results achieved by SIA SpA in 2012 highlight a considerable improvement in net profit, operating margin and revenues compared to the previous financial year.

On the financial markets , the number of trading and post-trading transactions rose to 23.7 billion from 22.3 billion in 2011, with an increase of 6%.

SIA managed a network traffic of 11.9 terabytes of data (11.9 thousand billion bytes), up by 7% compared to 2011, with a total infrastructure availability and service levels which were 100% on an annual basis.
FINANCIAL INSTITUTIONS
During 2012, despite the financial crisis, payment services fo r Banks and Financial Institutions confirmed their growth potential, with significantincreases in the number of operations and monetary value of deals.
Transactions relating to payment systems and cards rose above 7.8 billion with a n increase of approximately 11% over 2011. More specifically, rises in international debit (+15.5%) and prepaid (+13%) card transactions were seen.

In terms of e-money services, the SIA Group confirmed its position as the only processor in Europe able to manage centrally on a single technology infrastructure 63.1 million payment cards with international brands (in 2011 there were 62.4 million) and almost 900,000 merchants, providing issuing and acquiring services in 13 countries.

The trend of Italian collection and payment transaction volumes has highlighted a moderate growth in credit transfers (+5% over 2011) and retail collections (+3%) due to a slowing down in the process of migration towards the SEPA instruments compared to other countries. The decrease in the volumes relating to cheques is continuing (- 4.5%), confirming the negative trend of this payment instrument in favor of electronic payments such as credit transfers and credit and debit cards.

Among the most significant initiatives of 2012, center stage should go to the hub created by SIA as part of the mobile proximity payments through NFC technology. Two pilot projects were started up last year on the SIA platform that permits the virtualization of a payment card on a mobile phone SIM card, in turn permitting interoperability between banks and Telcos.
In the area of e-payments, SIA has developed a suite of access solutions and value-added functions called e-Convergence to help banks and their merchant customers in the start-up phase of EBA Clearing’s MyBank initiative at pan-European level.


CENTRAL PAYMENT INSTITUTIONS
As far as Central Payment Institutions are concerned, in 2012 the SIA Group pursued the objective of internationalization by consolidating its strategic role supporting payments clearing and settlement activities for ACHs (Automated Clearing Houses) and central banks.

The STEP2 pan-European technology platform managed by SIA on behalf of EBA Clearing is continuing to grow in terms of volumes processed (+34%). Special mention should go to the over 712 million SEPA transactions, with an increase of around 62% compared to 2011 and with amaximum peak of more than 8 million operations in one day reached in the month of December.

In the framework of the same partnership with EBA Clearing , the centralized directory for the new MyBank service was also developed in 2012 and officially started up at the end of March 2013.

With regard to the projects for central banks developed by the subsidiary Perago, the RTGS system for the Banque du Liban went into production while the implementation of Clearing and Government Payments systems also continued. Projects for the Central Bank of South Sudan and the South African Reserve Bank were also won at the end of the year. The updated Perago Strategic Plan provides for the extension of the offering portfolio with solutions and services of the Parent Company SIA (e.g. card processing) and specific partnerships.

CAPITAL MARKETS
In the area of Capital Markets, the international positioning of the SIA Group was consolidated through the development of new activities for the London Stock Exchange Group, for which SIA is one of the main suppliers of technology services, with specific reference to the fixed income trading (MTS) and post-trading (Monte Titoli) platforms, with the aim of guaranteeing better performances to market players.

The evolution of the compliance proprietary technology SIA-EAGLE Surveillance (already in use in Brazil at CVM, Commissão de Valores Mobiliáros) also continued with new real-time monitoring modules for the Supervisory Authorities, benefitting from the new ESMA provisions and from specific attention to monitoring of algorithmic trading with the aim of ensuring ever greater protection of the final investor.


CORPORATE & PUBLIC ADMINISTRATION
SIA Group has confirmed its ability to innovate solutions for Corporate and Public Administration, which led to a progressive broadening of the customer base (also from non-traditional fields such as the automotive, food and insurance sectors), in the framework of the development of payment services based on new technologies like NFC (Near Field Communication).

Thanks to this innovation - which can count on an advanced technology gateway for the exchange of IT and financial flows of transactions – further acceptance channels were made available, through which retail customers can pay utility bills, paying-in slips, taxes and public transport season tickets. People can now carry out these operations through a network of around 200,000 acceptance points at retail outlets, large retailers and ATM terminals, alongside the home banking services of subscribing banks.

S ervices between Banks and Corporates recorded an overall 6.7% increase, particularly thanks to the development of the new Multinetworkinfrastructure that permits the centralized management of treasury relations.
In addition, the gradual and constant growth of the Fastpay service (+2.2%) should be noted, with an exponential increase especially in the volumes relating to parking (+158%). Also positive is the trend in the electronic meal tickets segment.

Large Corporates confirmed their strong interest in e-money services, in particular to extend the acceptance of payments on both physical and virtual innovative terminals. The development of electronic fuel vouchers is c ontinuing in the oil sector (+32.4%), while Fuel Card-based solutions are showing a slight decrease (-1.7%), in line with the contraction in consumption.

In the Central Public Administration sector , the activities for the definition of standards in the management of operative relations between PA Bodies, Banks and Corporates have continued. At Local Public Administration level, the Group is committed to the development of projects relating tomobility, parking and tax collection. The successful initiatives implemented in the Corporate sector were used to optimize the collection and reconciliation processes with the support of treasury banks and system organizations.

As far as the mobile payments with NFC technology project is concerned, the collaboration between SIA and the major telephone carriers supported the realization of an infrastructure that can be offered to the banking sector in terms of cooperation and systems. Contacts were established to involveother service providers, like public transport companies, issuers of meal tickets and large retailers.


NETWORK SERVICES
With regard to the SIAnet network, the multi-service, broadband technology infrastructure, the number of active nodes has increased (+7.5%) from 574 to 617 (20% of which abroad). Particularly significant is the increase (+36.5%) in the high capacity, low latency equipment set up at international level. Over half a billion messages are sent and managed via SIAnet.

Also worth highlighting is the 30% growth in overall network traffic, mainly due to the strengthening of the “Financial Ring” that permits financial intermediaries to gain access using a single network infrastructure to the international stock-exchange markets by making use of the hubs located in Milan and London, to which the Frankfurt POP (Point-Of-Presence) was added at the end of 2012. At present, 16 trading venues operating in the UK, Italy, France and Germany are connected.
The “Financial Ring” is also the international network of reference for access to Fixed Income markets since it permits all the financial marketplaces to be reached in a simple, integrated, fast and secure manner through a single network connection.

For the third consecutive year, the service level of network services was 100%, thus ensuring full availability of the infrastructure 24/7, 365 days per year, supporting the provision of SIA services.

SIA confirmed itself as the leading Italian provider of connectivity and messaging services for the banking and financial system and among the major providers in Europe, also thanks to having won the tender issued by the European Central Bank for the design, creation and management of thenew network infrastructure that will connect to TARGET2-Securities central depositaries, central banks in the Eurosystem and the major banking groups at European level.

New connectivity services for the banking sector and corporates were also introduced, contributing to the strengthening of the network services offering portfolio. 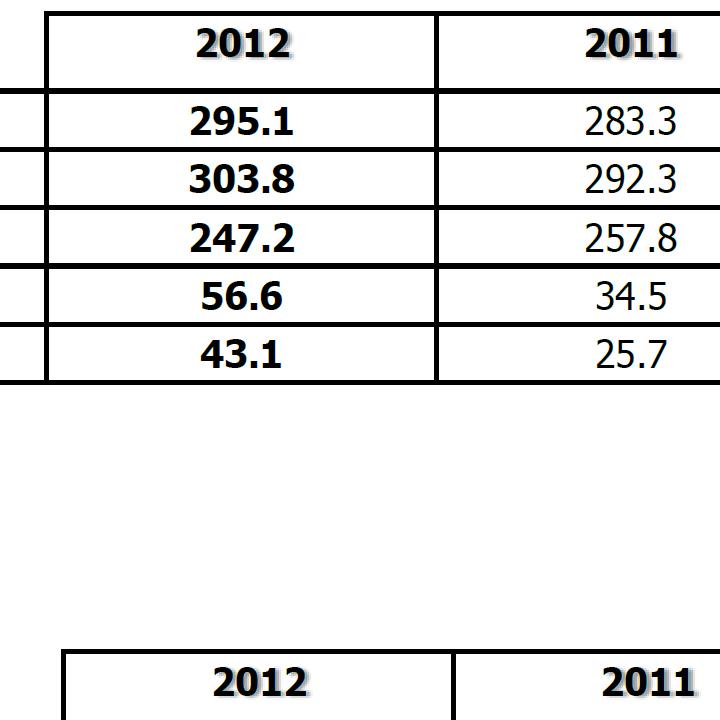